I’m so clumsy, I once tripped over a tree 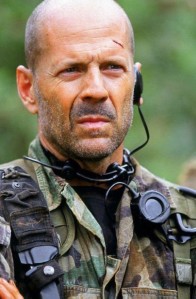 Huzzah!  The post that disappeared has been found thanks to the sterling work of Mr. Neil Roberts. Here it is in all its glory. This follows on from another post in which I tell how I broke a 105mm Light Gun. Yeah baby. See that face to the left? Way, way, way harder!

I’m not sure how many people know this but I once went to University in (not at) Cambridge, Anglia Polytechnic University,  and, whilst there, joined the Officer Training Corps (OTC). For those that don’t know, the OTC is like the TA, but for students. Actually, it’s probably more like Army Cadets for students, only way softer. It’s designed so that the supposed future leaders of industry (that’s the students in case you were wondering), can have a taster of military life and therefore understand what members of their staff are going through as members of the TA.

What it’s really like, is lots of fabulous dinners that consist of pre-dinner booze, dinner and booze, post dinner booze, booze and messy mess games (all of which the students were paid to attend), as well as stumbling around places like STANTA, trying to look like real soldiers whilst shooting off a load of blanks (no, not a euphemism) and, in my case, using lots of plastic explosive to blow things up. And down.

How this links to my clumsiness is simple. Whilst on STANTA, during a weekend training exercise, I was tasked with leading a squad of my fellow warriors around a course of waypoints that were marked on a  map. I had a radio operator, and a number of others whose names have well and truly faded into the dim and distant past.

Thanks to a bit of previous experience gained in the Cubs, Scouts, Ten Tors, and Air Cadets, I could actually read a map pretty damn well. For those people born in the latter years of the 20th century, by ‘MAP’, I mean the paper things that are impossible to fold up once you’ve opened them, NOT google maps, which is much easier to read so long as you’re not with Vodafone.

There we were, blitzing around the course, lugging our SLR rifles, tightly packed canvas webbing, and grumbling to each other about the rain that seemed to constantly piss down on us whenever we were on exercise. The radio operator was kept busy updating platoon HQ as we stormed across the countryside. I had my head down, rain dripping from my sodden (but expertly rolled) beret. It would land on the bridge of my nose and then, a bit like Eddie the Eagle, slide down the ramp and sort of plop off the end.

I have to admit I was very chuffed with myself. Finally, I was showing the world just how important ‘Along the corridor and up the stairs’ truly was. Right up to the point the world literally turned upside down. There was a sudden moment of utter confusion as my brain tried to cope with the fact that my feet were, for a split second, higher than my head. Then the rush of ‘Oh fuck’ realisation was quickly supplanted by my brain starting to scream ‘Brace! Brace! Brace’, which was even more quickly followed by the snapping and cracking of limbs.

As often happens when one has taken a tumble, it took a while for the damage control crews to send in their reports to the bridge. Yes, I’m mixing my metaphors and going all Navy on you. And that’s when pretty much every part of my body started screaming. Fortunately the snapping and cracking of limbs wasn’t caused by my bones breaking, but rather a myriad of branches and twigs snapping as my frame crashed through them.

Whilst I stared up at the sky in confusion, blinking as the rain landed on my face, and the rest of my squad stared down at me as they pissed themselves laughing, I realised that I’d actually tripped over a tree. Granted it was lying on the ground having obviously had far too much to drink,  but it wasn’t as if it was a small tree. No, this bastard came up to over my now well-bruised knees. It was fucking huge. It also had a lot of very, very sharp and proddy branches, all of which seemed to be trying to grow through my body. I was completely hung up and it took my squad (now crying with laughter), what seemed like an age to me pull back up and out.

I suppose the only saving grace was that this was a night exercise. Therefore it was pitch black in the countryside. But still. It was a tree. And I tripped over it. Needless to say, we forged on much more cautiously, and I’m proud to say we still finished the course way ahead of anyone else. My mate still hasn’t let me forget this though. After all, what are mates for?

Father of two beautiful daughters and married to the beautiful Karen, Matthew has been reading and writing fantasy and science fiction since he first read the Hobbit at the age of 7.
View all posts by mattsylvester »
« I’m so clumsy, I once broke a 105mm Light Gun
Samuel Jones lives up to the hype. »