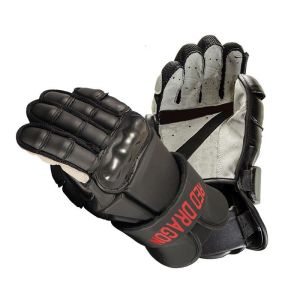 These are really good at stopping your daughter from mashing every single one of your fingers!

… your daughter to be able to hopefully defend herself should she ever require it. I say hopefully, because no matter how well trained someone is, things can always go wrong, a lucky blow can land in an unlucky place, vigilance can fail, shit can happen. However, at least I will have done my best to impart the skills I have to her. I believe that every parent has a duty to teach their children life skills that will keep them safe. I’m not saying that every parent should be a skilled martial artist, but they can easily look up the sort of soft skills that will make them safer.

Training can be very spotty as well. It has taken months for me to be well enough to actually think about doing it, and before then we were both always ‘doing something else’. From now on though, I will always endeavour to teach her at least once a week, for however long I can. I’m not going to force her to train for a specified amount of time, because I don’t want her to get bored. Short and sweet sessions.

Her situational awareness, knowledge of my BRAG (Black Red Amber Green) system and other soft skills are still good from when she was actually training in my old club properly. Strangely enough, I’ve had a number of parents say to me that even after their children quit, or the club closed, there have been situations where what I taught them proved to be very valuable indeed which – as a martial arts instructor – makes me feel very proud that they were able to handle themselves, and proud that I was able to impart that knowledge in such an effective way.

Today’s training was with sticks. I’m getting old, and I can see that one day I’ll probably be an grumpy(ier) old bugger with a walking stick. That, and sticks can translate into any hard and straight object, which makes learning how to use them practical. If it’s practical, it appeals to me. I also have some very limited knowledge of Escrima, Doce Pares and Remy Presas’  style (courtesy of Prof. Rick Clark and Ken Tucker).

Trying to keep it simple, and to also tie it in to my HEMA training (which I do hope to get back to shortly), I kept the strikes simple.

Naturally we started off with tapping sticks to show her what it would feel like, and then worked on a simple four-count striking drill to work on co-ordination. It was static this time, but I’ll gradually introduce more movement into it. Naturally, she smacked me firmly on the knuckles in the exuberant way kids do, collapsing into peels of laughter as I hopped around and tried hard not to cry.

Protective Red Dragon glove on, we started again. They proved to be one of the best buys I’ve made in a while. Escrima sticks aren’t soft. Nor are the knuckle guards on the gloves, and so luckily they turned away the odd mishap nicely.

From there, it was on to hitting BOB with as much skill and power as possible. After a while her arms got tired and she wandered off to look at the fish. The old me would have tried to get her to stand back in front and keep training until I decided it was time for her to stop. The new me shrugged, told her she’d done a good job, Dremmeled her name into the stick she’d been using and then went to practice Fiore’s guard positions.

All in all, a good start. The IFS is reborn. Just a little bit smaller and more chilled out.

Father of two beautiful daughters and married to the beautiful Karen, Matthew has been reading and writing fantasy and science fiction since he first read the Hobbit at the age of 7.
View all posts by mattsylvester »
« Happiness is … having another book with your story come out
Happiness is sometimes being uncomfortable »