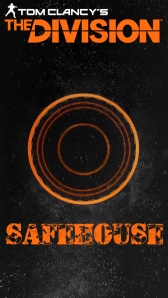 This story follows on from Cover, the first in this series.
*****
The fight at Hudson Docks had take time and, more importantly, let people know that there was something pissibly worth fighting over.
‘Reckon it was a regular patrol, or a sweep and search?’ asked Driffel as he rifled through the gear of one of the dead prisoners.
Looking around I could see that water bottles and various items of dried and canned food had spilled from a backpack.
‘Sweep and search. Looks like we might have a window of opportunity. Toss me that radio.’
I caught it and saw that it was a basic two-way. It was silent, for now, but would come in handy if we came across another other patrol.
Keying my map I stared at the hologram as it appeared to float on the ground before me. Smart lenses still made me smile every time I used them.
‘Okay, GPS route set. Be prepared to deviate if we come across a side alley that’s not mapped.’ If we could get off the main thoroughfares we would. It might be slower, but it would also reduce the risk of being engaged by further enemy patrols.
The others all replied in the affirmative and so I blinked the map away and shouldered my pack.
‘Move out. Diamond pattern. Same spread.’
*****

Father of two beautiful daughters and married to the beautiful Karen, Matthew has been reading and writing fantasy and science fiction since he first read the Hobbit at the age of 7.
View all posts by mattsylvester »
« Clear – A Tom Clancy’s The Division short story
Blaise Maximillian: Emancipation has an artist »